What to Know When Buying an Induction Furnace: Common Thyristor Failures

Before users buy an induction furnace, they need to know some common faults about electric furnace control cabinets.

For example, the thyristor in the control cabinet of the electric furnace.

Thyristor, also known as thyristor, has switching characteristics of on and off, and is an important component to ensure the normal operation of induction.

If the thyristor is overloaded, the components will be damaged and broken down, which will stop the production of the intermediate frequency furnace and affect the normal production efficiency.

The editor of Hongteng will introduce to you the faults of the intermediate frequency furnace thyristor and the corresponding solutions.

The thyristor cooling water channel is blocked or the water flow is small, the scale in the radiator water cavity is too thick, and the heat conduction is not good, causing the components to overheat.

It will cause the thyristor to heat up, increase the turn-off time, and even cause the components to fail to turn off, causing the inverter to overturn and burn the thyristor.

The loose connection wire of the current transformer causes the phase change of the composite signal of the circuit formed by the inverter pulse of the cross-angle method, and sometimes triggers in advance, resulting in the failure of the inverter conversion.

The main circuit connector is in poor contact, for example, the water cable is broken. It causes the circuit to be suddenly disconnected under high current conditions, causing the smoothing reactor to generate a high self-inductance potential and causing breakdown of the inverter and rectifier thyristors.

2. After replacing the thyristor, the machine is burned out

If the equipment fails and the thyristor is burnt, do not turn it on immediately after replacing the new thyristor. First, the system should be checked and eliminated, and the machine should be turned on after confirming that the equipment is fault-free. Otherwise, the thyristor will be burned as soon as it is turned on.

Be sure to pay attention to pressure equalization when installing new thyristors. The reason why the induction furnace burns silicon is that the internal chip of the thyristor is mechanically damaged, resulting in a significant drop in the withstand voltage value of the thyristor, and the phenomenon of burning the thyristor as soon as it is turned on.

3. Burn the thyristor after work

The thermal characteristics of the electrical components of the control part are not good. The thyristor and the radiator are misplaced.

The above is the introduction to the thyristor failure of the intermediate frequency furnace. After purchasing the electric furnace, we should find out the abnormality in time and deal with the fault when using it. Pay attention to regular inspection and maintenance, so as to improve the production efficiency of the intermediate frequency furnace and prolong the service life.

Welcome to Luoyang Hongteng to learn more about induction furnaces.

Video of the use process of the furnace 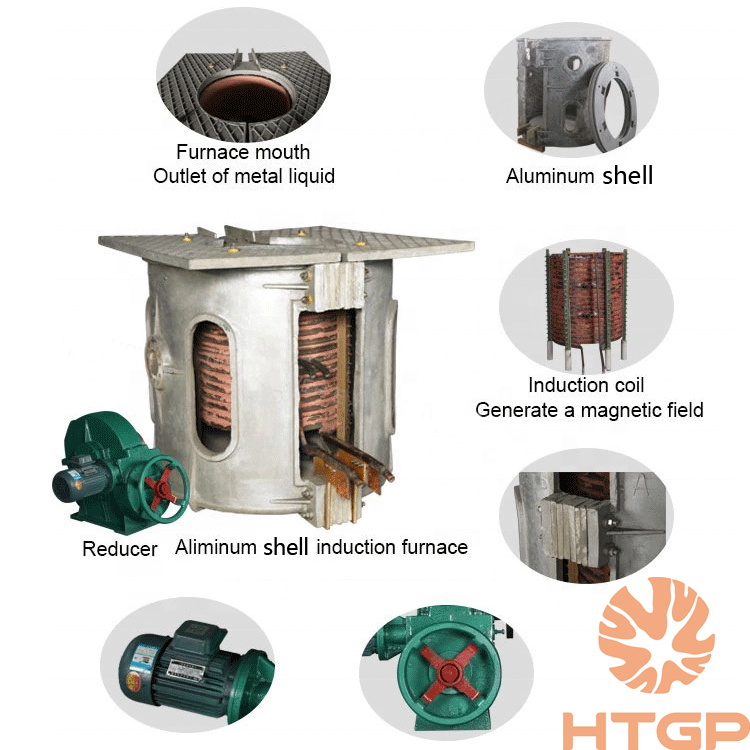