The Constitution and Working Principle of Rolling Mill

The Rolling mill mainly includes the working frame and its transmission device and the main motor. Roller, bearing, roller adjusting device, guide, and guard device, and the frame is composed of working frame; The main coupling, reducer, gear frame, universal or plum joint shaft, and other components of the transmission device. This machine system is referred to as the main machine column, also known as the main equipment of the steel rolling workshop. The type and characteristics of the main column mark the type and characteristics of the whole rolling shop. Due to the continuous development of the steel rolling industry and the increase of the types of steel products, the forms of rolling mills have also developed in a variety of ways. Among them, there are many types of rolling mills with the largest output and the highest degree of automation. A set of steel plate rolling mills mainly consists of the following distribution: the working roll of the directly rolling plate and the strip is driven by an electric motor through the gear and the spindle; Pressing device for adjusting roll opening degree and rolling height adjustment mechanism; A-frame for mounting rolls and other components and bearing rolling load; Roll balancing device and hydraulic roll bending device; A supporting role for supporting the work roll to reduce its bending deformation; Rotating device and main motor used to drive roller rotation, etc.

The working frame of the rolling mill includes:

(1) The frame, and then the roller bearings are installed in the window

(2) Rolls and rolled pieces are compressed during the period

(4) Roller adjustment mechanism, used to adjust the distance between the rollers

The frame of the rolling mill is the most important and permanent part of the rolling mill, which is installed with the roll, roll adjustment device, roll bearing seat, etc. According to the form of the rolling mill and working requirements, the rolling mill stands are divided into two kinds: closed stand and open stand. The universal joint shaft is the key component of rolling mill torque transmission, their performance directly determines the ability and safety of the whole rolling mill, and even restricts the production capacity of the whole rolling line. Maintaining the stability of the rolling mill roll system is an important guarantee to improve rolling precision, product quality and prolong the service life of the equipment. Rolls are parts with metal plasticity changes. Rolls are supported by roller bearings and keep the rollers in a fixed position in the rack. Different support roller bearings are selected for different rolling mills. Rolling bearings are commonly used in steel plate mills because of their smaller friction coefficient, larger stiffness, smaller pressure bearing capacity, and larger size. The advantages of liquid friction bearings are relatively small friction coefficient, high working speed, and good rigidity. The disadvantage is that the oil film thickness varies with the speed. Liquid friction bearings are often used in support roles of plate mills and other high-speed mills. 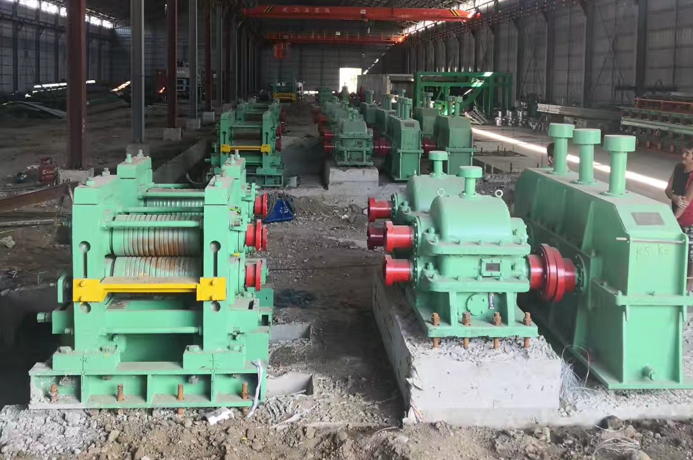